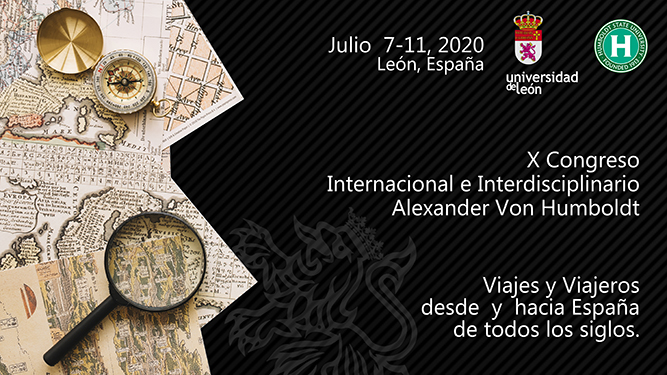 The University of Leon (ULE), and the General Foundation of ULE (GFULE), headquarters of the 10th Conference, and Humboldt State University of California (HSU) are pleased to invite the national and international academic communities to the X Alexander von Humboldt International and Interdisciplinary Conference: Voyages to and from Spain Throughout the Centuries which will take place in the city of Leon, Spain, between July 7th and 11th of 2020.

The main objective of the conference is to encourage academic and interdisciplinary debate around the prominent figures of Alexander von Humboldt and the travelers to and from Spain of all times. The discussions include the Sciences: Social and Physical, as well as the Humanities: Literature and Art.